Home  > NEWS  >  WHY THE VISCOSITY OF EMULSIFIED MATERIAL IS THIN?

WHY THE VISCOSITY OF EMULSIFIED MATERIAL IS THIN?

In the production of cosmetics, the stability of the product system is very important. For example, if the viscosity of the emulsified material is thick in one pot and thin in one pot, even now the emulsified material in each pot is much thinner or even half as thick as the standard viscosity. The pH and conductivity of the pure water are not measured. Does the material of the emulsifying pot affect it? Let’s take a look at some answers from Vacuum Emulsifying Mixer Supplier.

You can check the following aspects of Vacuum Emulsifying Mixer: 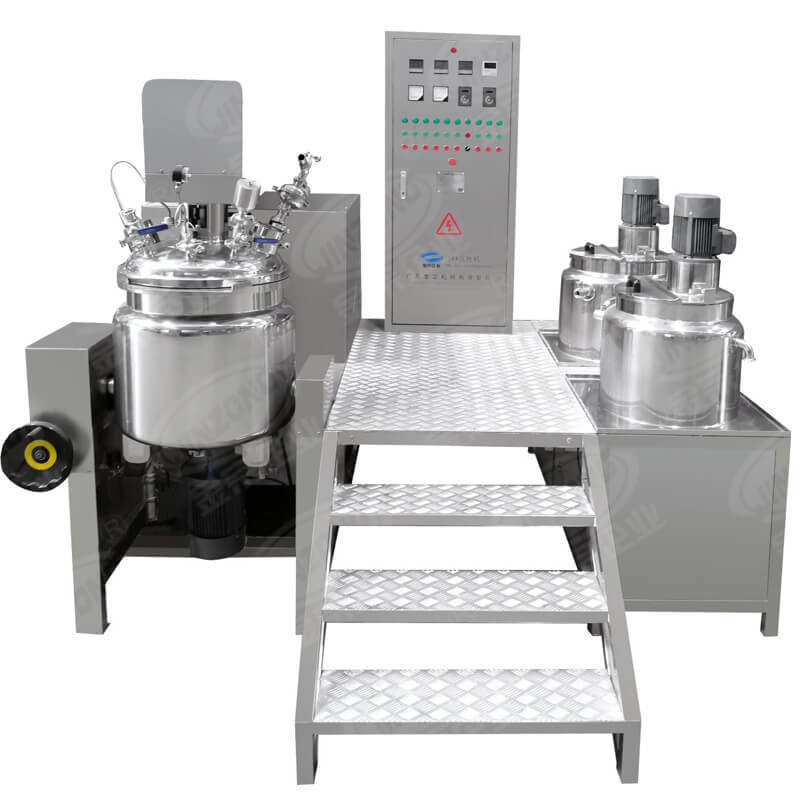 2. Whether the raw materials and manufacturers are consistent;

3. Cutting problem. Although your production process is the same, you change a cosmetics equipment supply company. Due to the non-standard nature of such equipment, changing a company is equivalent to changing an emulsifying pot. “Quality” is different, so you have to “control” your homogenization time and speed again, and you have to “control” the stirring speed of the mixing slurry. In addition, you can also use the following method to test: put a pot of water into the emulsifying pot, heat and stir for a while, and measure the conductivity. Add water to the pot and heat it normally. After homogenization, measure the water in the pot to see. Finally, determine the problem of the problem that affects the viscosity of the material and adjust it to produce a high-quality stable product.

Homogenizer: From the installation method of the homogenizer, it can be divided into upper homogenization and lower homogenization. Homogeneity is generally composed of a high-speed rotating cutting wheel rotor and a fixed cutting sleeve stator. When the material passes through the high-speed rotating fixed rotor, it is sheared, impacted, and turbulent by a strong mechanical shear force in a short time. The internal fragmentation into 200nm ~ 2um particles. So that the materials in the emulsification tank can realize the process of micronization, emulsification, stirring, leveling and dispersion in a short time.

Frame-type scraping wall agitator: generally with a scraper, you can scrape the materials hanging on the wall of the pot and continue to participate in homogeneous mixing. This kind of mixing effect can be more full and uniform.

Central agitator: It is the same motor as the wall agitator, the basic speed is 0 ~ 65r / min, and the frequency can be adjusted. It is used to assist the effect of straightening and turbulence, and to optimize the stirring effect.